4) Data storage and transport (biological harddrive?)
5) Control reproduction of E.coli: manipulate how rapidly they are dividing
6) Cooperative bacteria, cascading of events and their effects
7) Energy production: photophosphorylation
8) Biological Computer
9) Bacteria that measure level of chemicals inside the human body and "report" it
10) Biological lenses that darken upon different intensities of light
11) Sound sensitive bacteria

Instead a circuit was designed that depends on lactose gradient, an of/off switch
-> a successful part was added to the registry

Stage 1: To be able to convert a biological signal to an electial signal via electron transfer
Stage 2: Use this interface to create a one bit memory system for digital information
Stage 3 (Future Developments): Electrical to Biological Signal Interface and BioRAM

Stage 1: Create a circular wire along which bolus can move

Questions that need to be addressed from each project

Common themes that we have decided to research more on 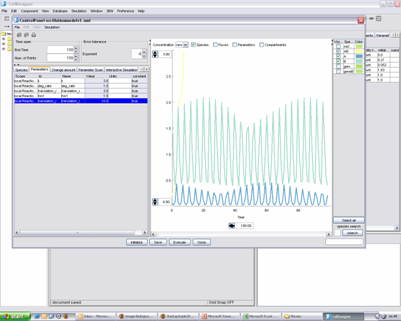 Possible Merger of the Three Projects