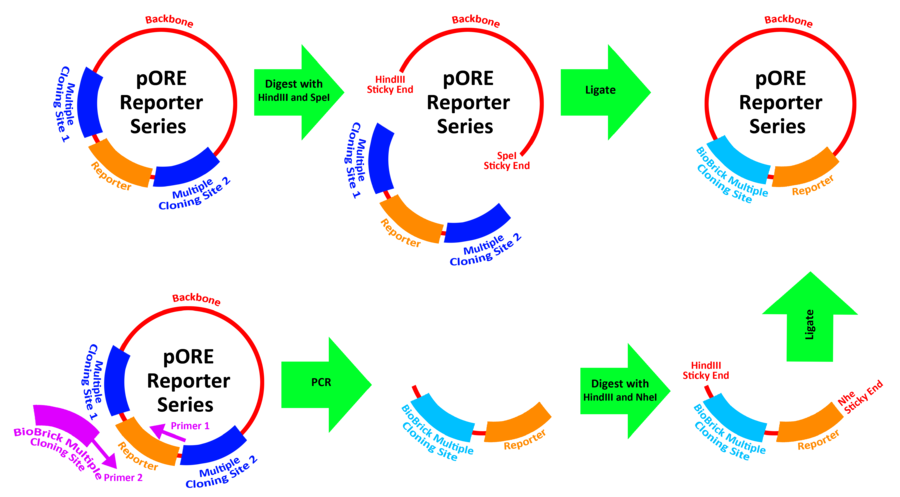 Our aim was to create a Biobrick standard vector to be used in plant engineering. To do so, we modified the pORE vector system created by Coutu et al, a system designed to facilitate agrobacterium-mediated transformation of plants. Working with two of each of the three basic types of pORE vector, we removed the existed multiple cloning site and replaced it with the Biobrick standard multiple cloning site.

Ligated digested backbones and inserts. Transformed and plated on LB and Kanamycin.

Carried out initial test to verify the identity of plasmid transformed into E. coli

Continued to carry out initial test to verify the identity of plasmid transformed into E. coli

Started to prepare for plasmids to be sequenced

Continued to prepare for plasmids to be sequenced

Miniprepped V9-V12 cultures. Got yields with enough DNA to send to GeneWiz for sequencing. Primers arrived from Mr. Gene and we will send constructs off for sequencing next week.

Got back sequencing results Media:Team_vector_sequence1.zip