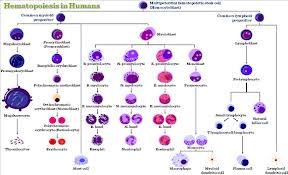 Hematopoietic stem cell have the potential to be used to influence the immune system in a myriad of ways as well as to influence the production of red blood cells in the body. By better understanding these cells and being able to manipulate these cells, cures for autoimmune diseases and cancers can be possibly found. Furthermore artificial blood can be produced so that those who need blood transfusions may be able to more readily get them. 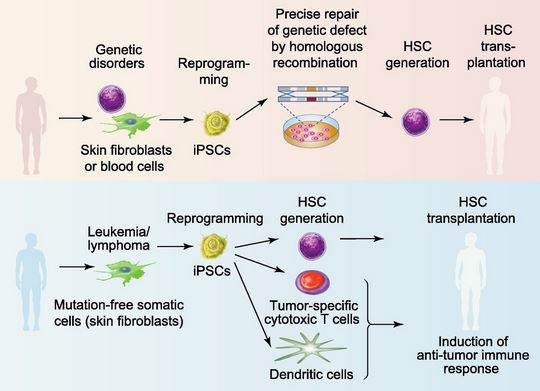 Hematopoietic stem cells have been studied for over 50 years. The first use of these cells was in patients who had undergone a fatal dose of radiation, most notably on firefighters from Chernobyl. The transplanted bone marrow from healthy donors into the firefighters and some of them improved and ended up living. However scientists didn't understand the reasons behind the patients' recovery. The first scientists to study this phenomenon and understand it were Dr. Till and McCullough who then were able to show the reasons why the transplants were effective in that the bone marrow contained hematopoietic stem cells and those were the cells responsible for restoring the previously destroyed immune systems. In the 1980's it was first discovered that hematopoietic stem cells also resided in umbilical cord blood. However the amount of cells in cord blood is smaller than in bone marrow or blood and also harder to retrieve(Hematopoietic 2011).

Hematopoietic stem cells can be taken from a donor patient and inserted into a patient with a compromised immune system or bone marrow. This process is called hematopoietic stem cell transplantation, and the donor stem cells are inserted via an IV into the patient. This transplantation method can be used to treat patients who have diseases such as neuroblastoma or Non-Hodgkin Lymphoma. However there are numerous potential side effects including infection as well as Graft-versus-host disease(Regenerative 2006). These transplants of hematopoietic stem cells also is used for cancer patients who undergo chemotherapy. Hematopoietic stem cells are taken from the patient before they undergo chemotherapy and then planted back into the body once the chemo is finished to replenish their depleted immune system. The depletion of the immune system occurs as a side effect of chemotherapy as any cells that are rapidly dividing including immune cells and cancer cells are killed.However this prccess is still rather crude as it involves taking a chunk of bone marrow out and hoping the sample contains hematopoietic stem cells and thus the transplant will be successful. Another use for hematopoietic stem cells are to use them to induce tolerance in solid organ grafts. By introducing these stem cells into the organ that’s been transplanted, the autoimmune response to that new organ is reduced or eliminated. This effect was examined in newborn mice, where transplanted organs were accepted by the host mice’s body for the remainder of its life and no autoimmune response to the new organ observed (Hematopoietic 2011). The reason for the acceptance of the donated organ is due to a lower negative T cell response, essentially meaning that T cells won’t recognize the new organ as an invader and attack it(Regenerative 2006). 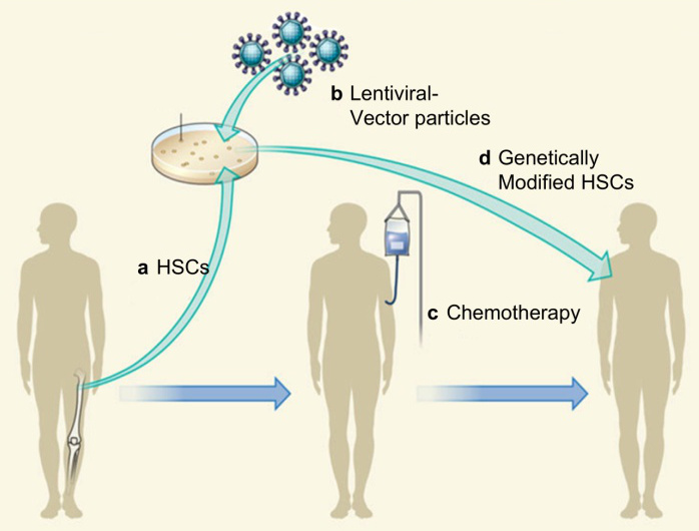 Research has been done on whether or not hematopoietic stem cells can be used to heal other parts of the body rather than blood or bone marrow. There is evidence to suggest that hematopoietic stem cells tend to gravitate towards injured areas of the body and heal damaged tissues there(Hematopoietic 2011). There is also the potential of these stem cells being turned other types of cells such as bone cells or brain cells as they are pluripotent cell.Another potential future use is the tailoring of white blood cells using hematopoietic stem cells to attack a specific disease or cancer. This would allow a transfusion of hematopoietic stem cells that have been engineered to produce white blood cells that could treat an otherwise inoperable cancer and do it without the stress of having to go through chemotherapy potentially. However the viability of this method is still in question as the research into this is still fairly young and as yet unexplored although the potential is still there. One of the key obstacles to further work in this area is the limited supply of hematopoietic stem cells as well as the very large numbers needed by patients for each treatment. This is due to the host’s body tendency to attack the donated cells. Another obstacle of these stem cells is the inability of scientists to be able to differentiate between long term and short term hematopoietic stem cells, as only the long term stem cells are useful for growing cultures. These long term cells are also fairly rare, only occurring 1:100,000 normal red blood cells in the blood and 1:10,000 in the bone marrow(Hematopoietic 2011). Furthermore these numbers have only been proven in mice and have not been proven in humans. Thus far we have been unable to isolate the stem cells from the rest of the cells in humans, therefore making all the work and hypothesis on these stem cells based purely on observation of transplants as well as cell behavior in mice. Assays are currently being developed to help identify the stem cells from normal cells, however no one marker has been identified as appearing on all stem cells, making such a test thus far useless. Even when the cells have been identified, their viability out of the body is extremely fragile and thus cell lines from mice frequently die within six months of being removed from the host body. This makes any study of these cells very short lived and difficult as new cell have to be taken from the mouse repeatedly(Hematopoietic 2011).