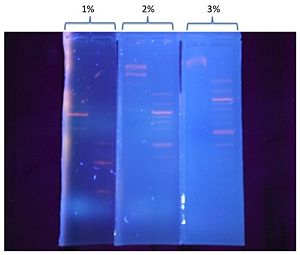 This experiment was aimed to show the different band separation in 1%, 2% and 3% DNA agarose gels. 1 kbp and 100 bp DNA ladders were used and run at the same time for 20 minutes at 100 Volts (~400 mA). The distance of bands traveling in the gels were compared. Ladder bands, especially the larger DNA molecules, were shifting towards the top of the gel as agarose concentration was increased. 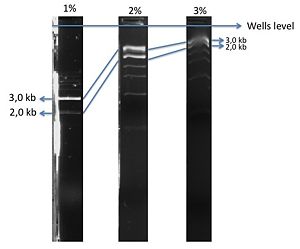 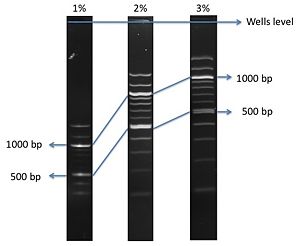