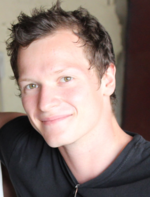 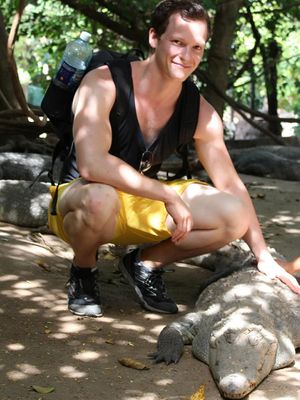 In 2003, Professor Austin Burt postulated that selfish genetic elements based upon homing endonucleases genes could be engineered to spread rapidly through a wild population of mosquitoes, transforming that population to reduce the transmission of malaria [1]. For more than a decade, the Crisanti lab has been working closely with Austin Burt and his team on different ways to build and use gene drives for malaria control, including methods to suppress a population by distorting the sex-ratio of the natural population towards males, or by interfering with female reproduction. In 2011, the Crisanti lab demonstrated the first synthetic homing endonuclease to spread through a target population [2] and later showed that this method could is also possible with readily-engineerable endonucleases such as TALENs and ZFNs [3].

I am a research associate in Crisanti Lab at Imperial College, working on novel strategies to control the mosquito vector of malaria using gene drive. I joined the team as a PhD student in 2012 and developed a highly effective method to build gene drives using the CRISPR system. By 2016, we had successfully engineered the first gene drive system for population suppression in the mosquito vector of malaria Anopheles gambiae, and demonstrated its spread through naïve populations of caged insects [4]. As part of this work, we have demonstrated the first system for gene targeting in the malaria mosquito as well as other genome engineering techniques that have opened up avenues for genetic control that previously did not exist for the malaria mosquito.

In an aim to develop systems that can be applied more widely to vector control strategies, Roberto Galizi and myself have developed a method to distort the sex ratio of insects towards males through the selective destruction of X-bearing spermatozoa using the CRISPR-system [5]. Whilst earlier work by our lab had demonstrated sex ratio distortion using I-PpoI endonuclease, the initial strategy was highly constrained in its potential uses and uniquely limited to Anopheles gambiae. The CRISPR based method we have now presented offers a strategy that can be easily manipulated to optimise performance or limit resistance, and may be extended for use in other insect vectors of disease.

Population suppression using gene drive. Gene drives can be programmed to interfere with a populations ability to reproduce so that the total population size is reduced. For example, a gene drive could spread a lethal gene throughout a population that will eventually cause that population to crash. In order to spread however, the gene drive must not kill the individuals right away, it needs to act on a sort of time-delay so that it spreads faster than it kills or sterilises the individuals that carry it.

Aside from my time spent in the lab, I am an avid traveller and power lifter. I have taken it upon myself to train our lab in the skill that really matters in life, superhuman strength! Every morning at 8am, I take the not-so-willing volunteers to the University gym for some serious exercise - everything from weightlifting to cardio and pilates-style mobility and core strengthening. Personally, my best achievement in power lifting has been to place 2nd in the Greater London bench press competition and I'm hoping to enter other lifting competitions soon.