Construction of the PhyB-CFP and Pif3-YFP Plasmids began with the amplification of each individual sequences, PhyB, CFP, Pif3 and YFP, from the Quail Lab Plasmids with PhyBNT-GalBD and GalAD-PIF3. Through Fusion PCR the PhyB-CFP and Pif3-YFP sequences were then created. These sequence were subsequently inserted into the prS313 backbone using the Not1, SacII enzymes, a plasmid which contains a constitutive Myo2 promoter and the His gene.

A variety of C and N terminus localization Sequences were chosen to test the PhyB, Pif System. Each localization sequence, once amplified, was cloned into the appropriate backbone using the AscI, PacI enzymes. N terminus tags were destined for the Pif3-YPF backbone and C terminus for the PhyB-CFP Backbone. 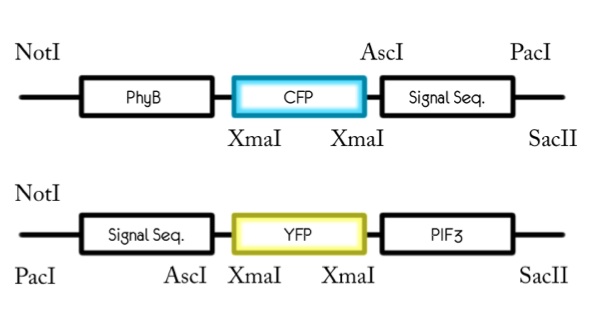 Sequencing the PhyB-CFP constructs and YFP-PIF3 constructs failed. Our sequence did not match what we expected.

PhyBNT, CFP, YFP and PIF3 were PCR amplified, and the PCR products were analyzed on the gel shown below. 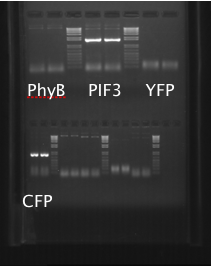 PIF3 and CFP successfully amplified, but PhyB and YFP did not. PIF3 and CFP PCR products were gel purified (gel shown below). 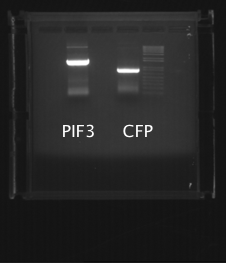 PCR was then attemped again, at various primer concentrations and at different temperatures. The PCR products were analyzed using gel electrophoresis (shown below), showing that PhyBNT and YFP successfully amplified. 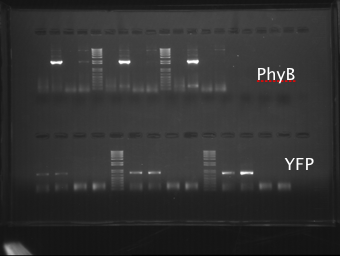 PhyBNT and YFP were gel purified (gel shown below). 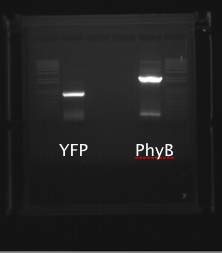 pRS313 with Myo2 promoter and pRS415 with ADH1 promoter were digested with NotI and SacII. The linearized DNA was gel analyzed and purified (gel shown below). 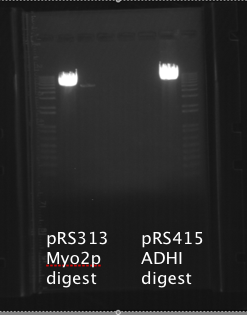 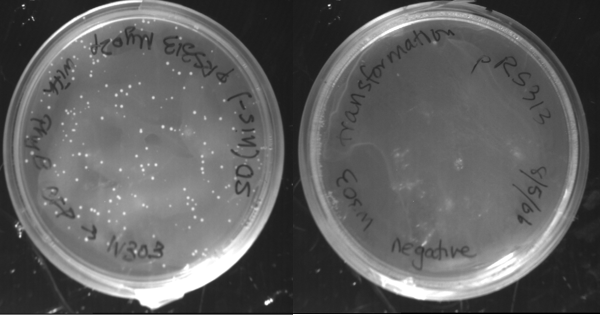 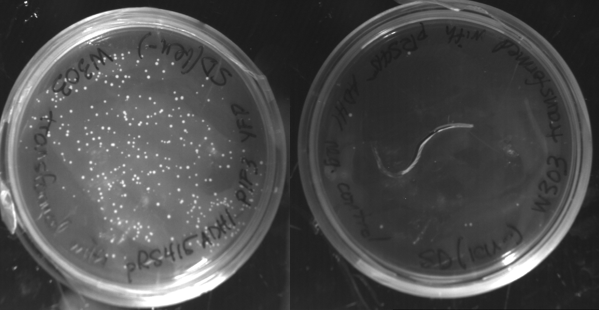 Colonies from the plates with the inserts were minipreped using a modified QIAGEN protocol for minipreps in yeast. The plasmid were then electroborated into E. coli and bacterial minipreped. The DNA product was sequenced, showing that the expected constructs were built, however with a few point mutations in the sequence. Liquid culture from the yeast colonies that had been picked were analyzed using fluorescent microscopy. No fluorescence was observed.