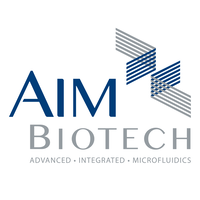 There are many companies and startups utilizing microfluidics as a low cost and fast pace method of producing precise experiments. AIM Biotech is one of these such companies that claims to offer a "modular platform to co-culture multiple cell types in discrete 3D and 2D channels."[1] 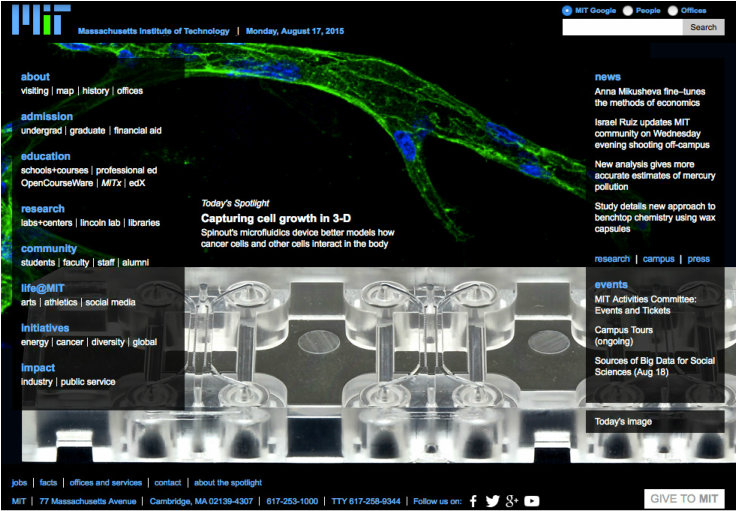 Fig. 2: The homepage of MIT with AIM Biotech's product featured as the spotlight story.

AIM Biotech, or Advanced Integrated Microfluidics Biotech, is a commercial 3D and 2D cell culture company founded in San Francisco, California in 2012 by Professor Roger Kamm. They are one of the leading US based manufacturers for microfluidic chips used in research and in industry and has grossed $2.80 million since its inception. AIM Biotech launched its first product for cell culture, the DAX-1 Device, in August of 2015 and was quickly featured as the spotlight story on MIT's front page only days later.

In January 2016, AIM Biotech showcased the DAX-1 Device, praised as one of the only 3 innovative products presented, at the American Society of Cell Biology's yearly conference and was featured in a piece by Technology Network the convention.

In July of 2016, AIM Biotech pushed their products international as they partnered with major distributors in Japan and China as well as furthering their reach in the United States.

In December 2016, AIM Biotech signed an agreement with Tebu-bio to bring their products to 14 different countries in Europe including France, United Kingdom, and Germany.

On January 6th of 2020, the founder of AIM Biotech, Professor Roger Kamm, was awarded the 2020 Shu Chien Achievement Award by the Biomedical Engineering Society for "... [his] highly meritorious contributions to the field of cellular and molecular bioengineering..." [4]

There have been over 100 publications made using products from AIM Biotech in fields such as Cancer Biology, Immuno Oncology, Stem Cell Biology, Mechanobiology, T Cell Therapy, and Neurobiology. Notable publications include the following:

AIM Biotech specializes in manufacturing 3D Cell Culture Chips with features such as a gas permeable bottom laminate and multicellular co-culture which allow for control over the chemical gradients and flow present in the chip. They currently offer a microtiter place holder and luer connectors as accessories along with their specialty chip. 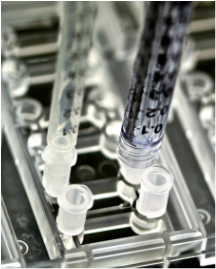 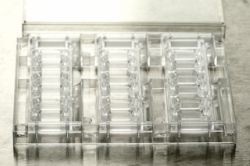 Vickerman V et al. 2008, incorporated three-dimensional matrices into the microfluidic devices via "direct scaffold microinjection" which facilitated the study of traditional microfluidics, as well as novel applications such as sprouting angiogenesis or directional migration. [6]

Aref AR et al. 2013, uses the 3D chip to compensate for the inability of traditional two-dimensional chips to examine the dispersion of carcinoma cells. [10]

1. “ABOUT US.” AIM Biotech, www.aimbiotech.com/about-us.html.