Bonding surfaces is a process that bonds two surfaces to assemble them into a complete unit. Bonding Surfaces is a critical fabrication step for microfluidic divice assembly. While creating microfluidic devices, the devices usually contains multiple layers as shown in figure 1, and since the devices contain fluids inside, incomplete or low quality bondings may cause fluid leakage and directly affact the functionality of the devices. According to properties of the surfaces and the requirements for the devices, there are multiple methods to bond surfaces, and a some of the most common methods for bonding surfaces are UV/Ozone treatment, Thermal bonding, Adhesives and Crosslinking. 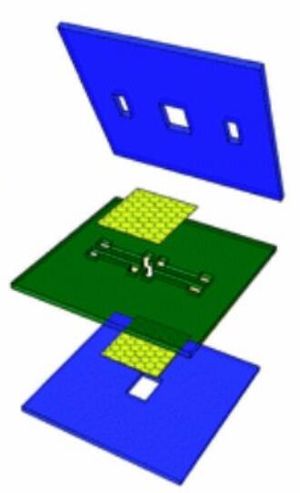 Figure 2: A sample of another controllable multilayer microfluidic device[2]

UV-Ozone treatment is also known as UV-Ozone Activating, which is a surface activating process of sample or substrate used in material and device fabrication. In this process, photochemical reaction happens on the surfaces and substrates of the materials. Sometimes, it is not necessary to use UV, which in laboritories, we can create a plasma using RF and achieve the same result as UV-ozone.

In addition, the 254-nm UV light will dissociate ozone to molecular oxygen and singlet atomic oxygen. Singlet atomic oxygen has strong oxidation power, and it reacts with substrate surfaces. In this reaction, the surfaces were oxidizing on inorganic substrates such as silicon wafers. In the case of organic materials, chain scission of molecules happens and organic residue contaminants are gently removed from the substrates as volatile byproduct molecules such as Carbon dioxide, water and oxygen.

Poly(dimethyl siloxane) (PDMS) and poly(vinylmethyl siloxane) (PVMS) are two types of commonly used polysiloxanes. Both PDMS and PVMS undergo dramatic changes in their properties when exposed to UVO. The surface chemical composition of both PDMS and PVMS at long UVO treatment times changes substantially and features a high density of hydrophilic groups.[4] These oxidized polysiloxanes will then be able to attach to inorganic surfaces such as silican wafers of glass slids to form conformal Si-O-Si bondings.

Thermal bonding requires extremely clean and flat surfaces and is typically performed in cleanrooms. In application, thermal bonding can be used to bond glass to glass or silicon to silicon. In thermal bonding, similar materials are bonded at elevated temperatures and pressure.[6]

Adhesive is another example of cross-link bonding. An adhesive layer between surfaces can bond the surfaces onto each other. Many common adhesives are epoxy-based, which they can be either cured by exposure to UV light or by heating. The curing process results in bonding between the surfaces.[5]

There are some other methods to create molecular-level cross-linking. For example, organofunctional alkoxysilane molecules can be used to modify the surface of a substrate that contain hydroxyl groups. These hydroxyl groups can attack and displace the alkoxy groups on the silane and form a covalent Si-O-Si bond, and can form bonds across the interface of the substrate, which can be used to bond another substrate like glass or PDMS. These alkoxysilane allows molecular-level cross-linking without a thick layer of glue. 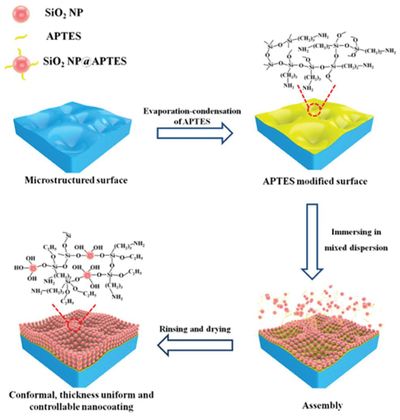 [3]-SAMCO Inc. The Basics of UV-Ozone Cleaning of Surfaces