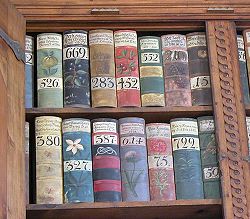 The classics and competitors

Prices are approximate and were looked up on amazon.com and amazon.de as indicated in the update column.
Ratings are amazon average star rating; the best score is 5; the number of reviews averaged is in brackets.
1 Lehninger & eBook [1] gives the probably false impression that an ebook is included [2]

*Alberts has an abbreviated version, Essential Cell Biology, updated 2018 and in 5th edition. It's 800 versus 1300 pages.

**Voet et al. Biochemistry has been superseded by the abbreviated version, Principles/Fundamentals of Biochemistry. There has been no update to the first since 2010. The latter is actively updated and appears to be a condensed version of their larger textbook. The books are 1200 and 1500 pages, respectively.

In 2011, only one of the classic textbooks above was made available as an ebook. In 2013, the only change was that Alberts is now also offered as a kindle ebook, much cheaper than at vitalsource. An additional caveat was that in early 2012 vitalsource did not sell outside the US/Ca although that may have changed.

A few smaller textbooks and guides can be read electronically (see below). In addition, many specialised or lesser known books are available as ebooks (search for biochemistry on amazon.com or amazon.de).

Prices are approximate and were looked up on amazon.com and amazon.de in December 2011.
Ratings are amazon average star rating; the best score is 5; the number of reviews averaged is in brackets.

Over 50 undergraduate instructors, artists, researchers, and journalists are composing a new digitial only textbook called Principles of Biology. The project is a collaboration of the Nature Publishing Group who provide editorial experience and faculty members of the California State University who review the material and advise the project [3]. The book was announced to be ready for internal CSU review by September 2011 [4]. Engadget has some screenshots.

Despite being old, Sykes' Mechanism in Organic Chemistry (6e, 1996) remains one of the best books to understand biochemical reactions logically, not just memorize them.