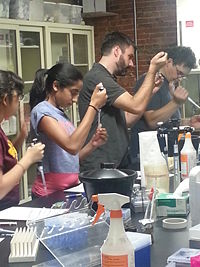 Since the Human Genome Project, scientists have become masters at reading the genetic code. But now, new technologies allow us to not only read DNA sequences, but also to write the genetic code! Scientists now regularly custom design and then synthesize short DNA sequence and are pioneering techniques to assemble larger custom genes and genomes. This unprecedented ability to create and manipulate living organisms has opened new frontiers in our ability to create life in the lab.

In this 5-session “Build-a-Gene” class, we will learn and practice the techniques that synthetic biologists use in genome synthesis, including creation of synthetic genes, assembly of larger DNA fragments by Gibson Assembly, and the use of yeast cells for gene assembly. In addition to lab work, we will be discussing this brave new frontier in biological engineering- how this technology is currently being used to redesign cells and systems, and how society should respond to and regulate this new field.

For additional reading on these topics, click on the links below.

For an overview of synthetic genomics: [1]

Synthetic genomes are constructed using the principle of hierarchical assembly: genomes are assembled from smaller DNA fragments, which themselves have been synthesized from smaller DNA fragments. While we will not assemble an entire genome, we will use the principle of hierarchical assembly to build genes from smaller DNA fragments. Specifically, we will assemble the RNR3-GFP gene from small DNA fragments. RNR3 is a yeast gene; it is normally present at very low abundance in yeast cells, but it is rapidly synthesized by cells when they have suffered from DNA damage. More information on RNR3 is available here: [15]. Instead of simply recreating the RNR3 gene, we will create a hybrid gene where RNR3 is linked to GFP (green fluorescent protein). Specifically, we will use a vaiant of GFP called Emerald, which is brighter than traditional GFP (information on GFP and its variants is available here:[16].


By fusing RNR3 and GFP, we will create a fusion protein which will have properties of both: it will be synthesized by the cell upon DNA damage and it will fluoresce green. This fusion protein should therefore serve as a sensor for DNA damage, causing cells to glow green only when they have been exposed to a DNA damaging agent. The fusion protein will be cloned into a Biobrick vector, making it fully compatible with the iGEM standard[17].

Join us as we learn to synthesize new genes from scratch! The five sessions are designed to give a good survey of synthetic biology techniques while doing an interesting project. While we encourage you to take all five sessions, each session can stand on its own. You do not need to commit to all five sessions to enjoy the experience. There are no prerequisites!


For detailed information and experimental protocols for each of the course sessions, click on the links below. 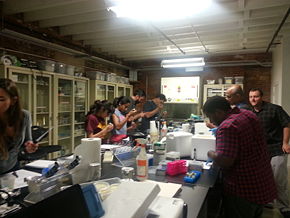 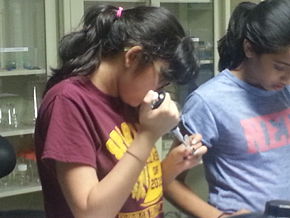 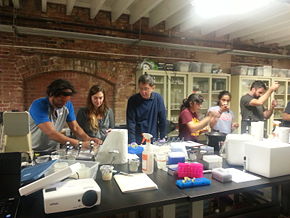 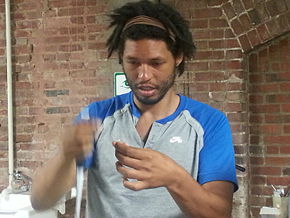 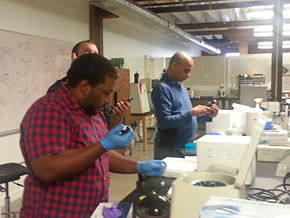