We started off the lab by getting a strip of 8 empty PCR tubes, which were cut in half. Then the patient DNA replicates for patient 1 and 2 were collected as well as the positive and negative control for the disease marker. The empty PCR tubes were labelled according to what was pipetted into them. Two tubes were filled with either a positive or a negative control set of DNA. Two sets of three tubes were filled with replicate DNA from patient 96971 and patient 97071 with each patient getting their own set of three replicates.  After each tube had DNA in them, the primer and RNA mix was pipetted in, ultimately filling each empty PCR tube with 100μL of DNA, and a PCR/primer mix. THe tubes were then all closed tightly and we placed them into a heating block and left them according to the cycles outlined in the last lab. The materials were either then disposed or cleaned for later use, and the heating blocks were left to run.

Two members of the group used their phone cameras with the settings set accordingly: no flash, ISO to greater than or equal to 800, white balance set to auto, the highest setting of exposure, the saturation to the highest setting, and contrast set to the lowest setting. After setting up the cameras, our group collected a tray of sample tubes with the following contents. The eight tubes marked with red dots were filled with 500μL of buffer. The two tubes labelled with a blue “S” contained 1,000μL of SYBR GREEN 1 solution. The one tube labelled H_2O contained 1,000μL of water at pH 8. The 5 tubes labelled “0.25”, “0.50”, “1”, “2”, “5” were all filled with Calf Thymus DNA, and the numbers stated how many micrograms per liter.

We placed a 160μL drop of water in the middle of the first two rows of slides using a pipettor in such a way that the drop is pinned and looks like a beach ball. Then a blue LED was turned on to function as an excitation light. The camera was placed in a cradle at a right angle from the drop, and a fluorimeter was adjusted so the camera was able to take a sideways photo of the drop. The camera was then adjusted to be as close as possible while still retaining a clear image; this distance was recorded in cm.

A 80μL drop of SYBR GREEN 1 is placed in the middle of the first two rows of the slide using a pipettor. This is then followed by a 80μL drop of the calf thymus. Both the calf thymus and the SYBR GREEN 1 drops should be pinned in the same way as the water drop. The drop is aligned by moving the slide so that the blue LED light is focused by the drop to the middle of the black fiber optic cable fitting on the other side of the drop. The camera should then be set up on a timer so it may take photos after a light box is placed over the cradle and fluorimeter so that no stray light floods the image. The box was lifted after each photo to make sure the photo is clear, with the main goal being to take 3 clear photos. The pipettor was used to move the 160μL drop of water from the surface, and the slides were moved to the next position. The preceding steps were followed for each different concentration of calf thymus used in the lab. 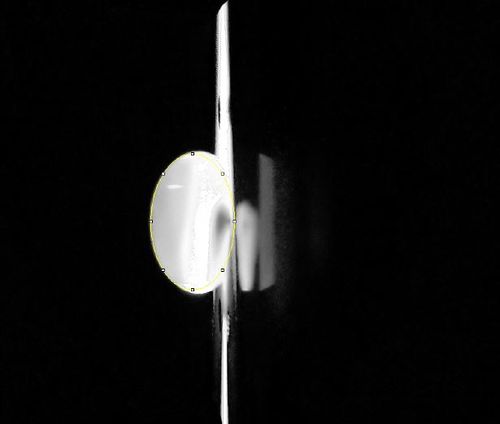 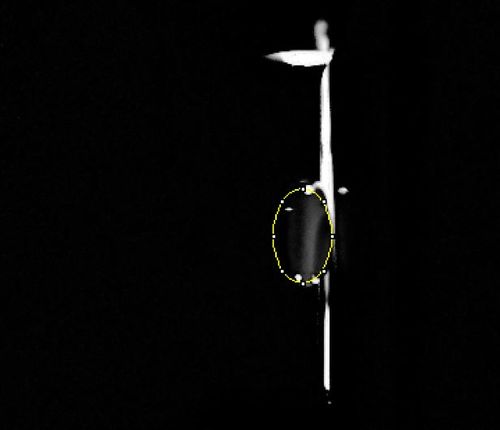 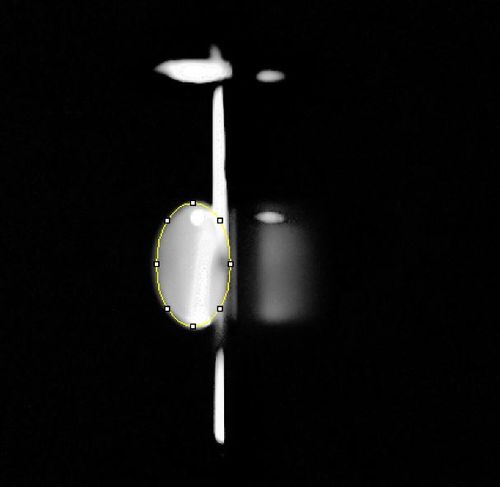 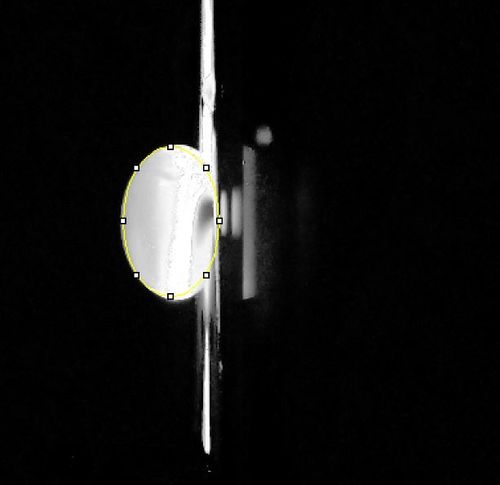 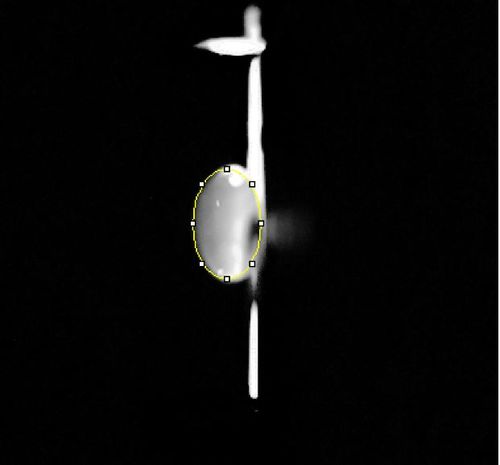 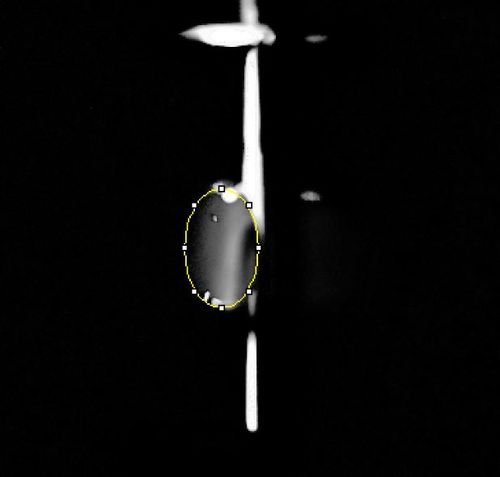 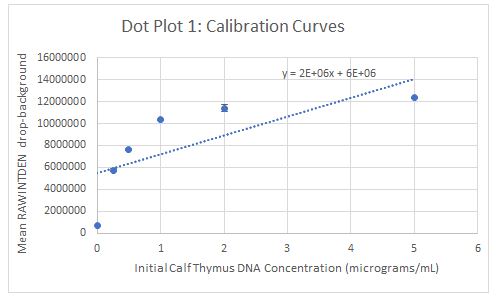 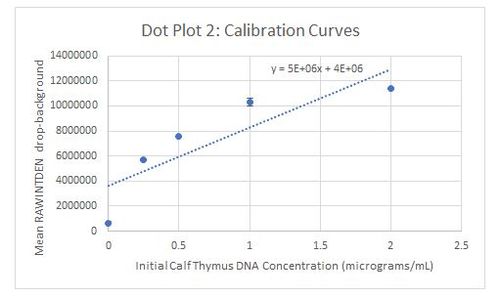