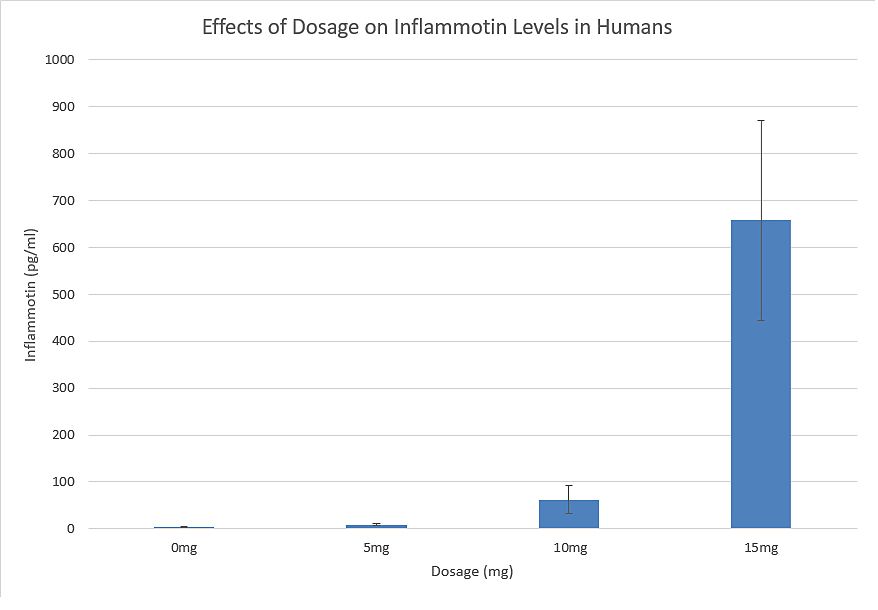 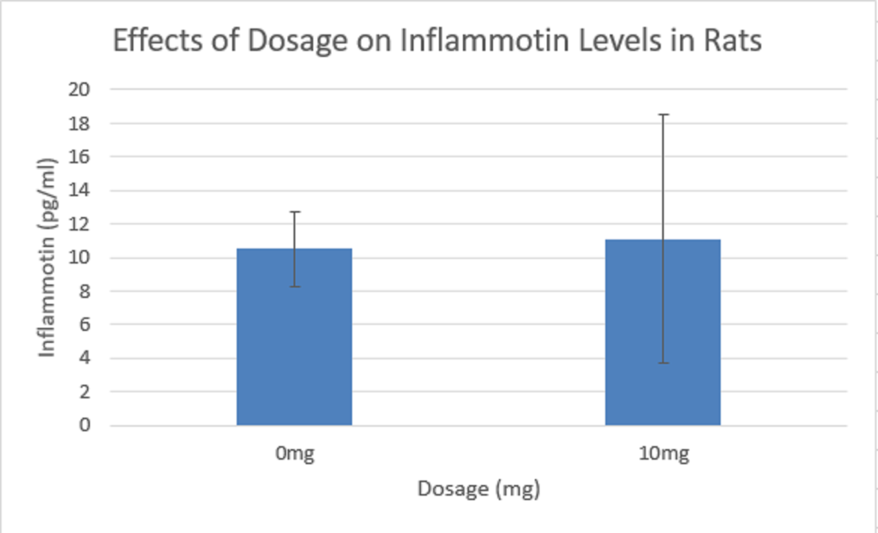 In this experiment there were a few differences we noticed with the data between the rat and human groups. First off, the human data set had more subjects and tests groups, which right off the bat will tell you more reliable information about the study than the rat data will. As we created our averages and standard deviations starting with the human data, we noticed that there was not much of a difference in the averages from the 0mg group to the 5mg group, but from the 5mg group to the 10mg and then to the 15mg group there was a substantial change in the amount of Inflammotin, it increased greatly. Also with the standard deviation you could see the same thing occurred, as you raised dosage the standard deviation number would increase as well. With the rat group you did not see much of this change in the average, there was a very minimal difference in the 0mg group and the 10mg group. But with the standard deviation you could see more of a difference as the number did increase when you went from the 0mg group to the 10mg group. Next, when we calculated the standard error on the human data we noticed that all of the p-values were extremely low numbers which is a good sign because that means we have very little error. But when we did the same calculations on the rat data we noticed that the standard error was much higher, meaning there was a higher chance of having error in the data set. If you look at the rat data set you can see there are a few outliers in the list that could be causing this error to occur. After creating both of our graphs we noticed that the human data set had four bars that started low and each one gradually raised higher than the one before it, but the 10mg clearly was much higher than the 0mg group, and it also had very minimalistic error bars which are both good for determining our conclusion. The rat data set graph only had two bars because it only had two groups and you can see that both of the graphs are almost the same height and they both have very large error bars which are a sign that the data is not very reliable or may have some flaws with it. Overall we could determine that from the two data sets the human data on Inflammotin was much more useful in deciding whether dosage did affect Inflammotin levels. From this data we can tell that the more LPS dosage you give a person, the more Inflammotin they are likely to have in their bodies.