Results of the Inflammotin Trials

As evidenced by the data in Figure 1, and shown in Figure 2, the Lipopolysaccharide(LPS) had little to no effect on the rats in the in vivo trials. The difference between the inflammation in the rats that were given 10mg of LPS and those who were not given the medicine was negligible. 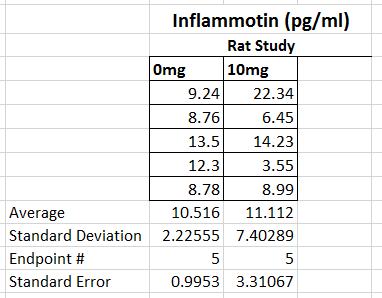 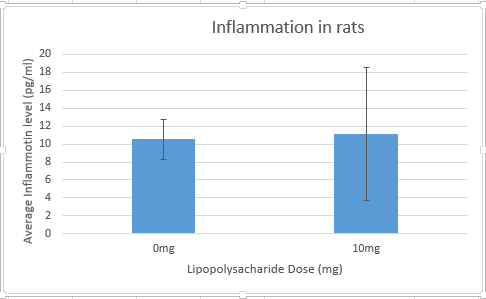 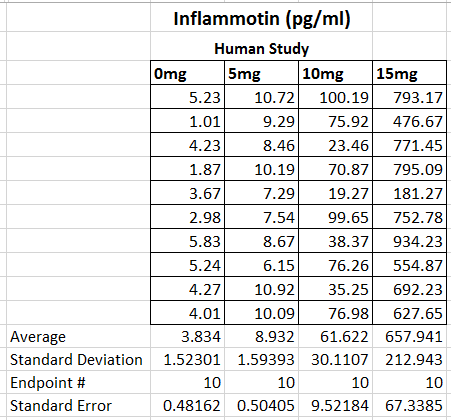 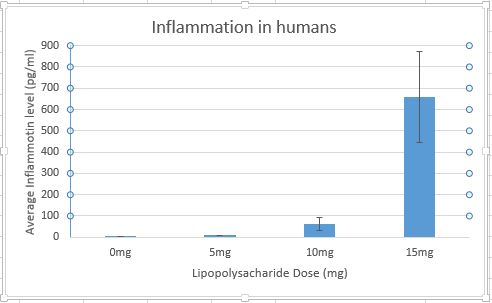 Summary After analyzing the data collected from the experiment, we have concluded that the LPS pills were effective in human trials. Dosage needs to monitored carefully, however, to prevent results that may be harmful to patients. In the rat trials, the LPS doses had little or no effect on their inflammation levels. We did conclude that the 5mg dosage had a positive affect on human patients. This dosage is also less than the target dosage. This is beneficial because it will save the lab money, which was our original goal.