Data for the Human study: 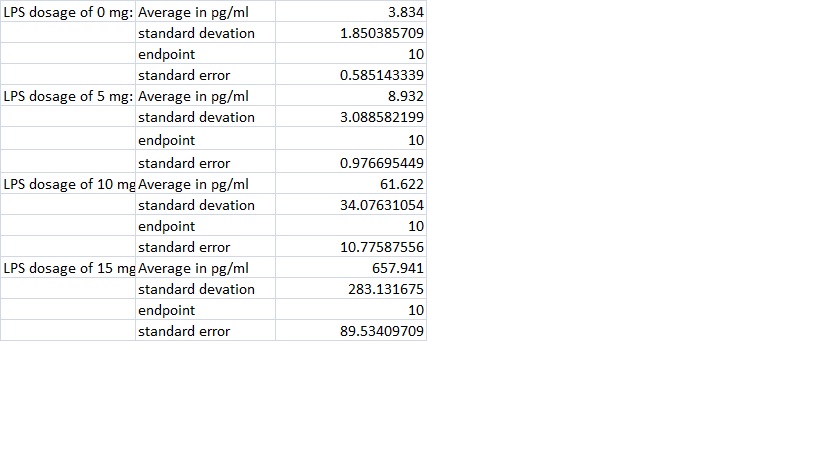 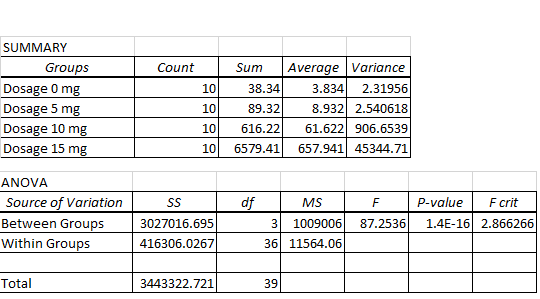 Out of the two tests that can be preformed to find statistical differences in data, the ANOVA test was better suited for the human trials. The ANOVA test was implemented because there are four sets of data to be evaluated; dosages of 0, 5, 10, and 15 mg were tested in groups of ten subjects, each dosage making a different set of data. A t-test can only be used to calculate the statistical difference between two sets of data, leaving the ANOVA test as the only option for evaluation. 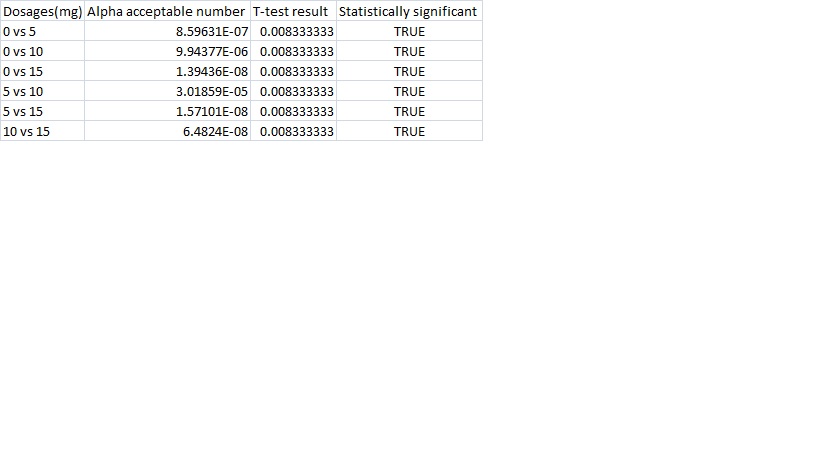 By this post-ANOVA test, it was determined that there is a statistical difference between each data set. Each set tha was examined fell below the calculated p-value. 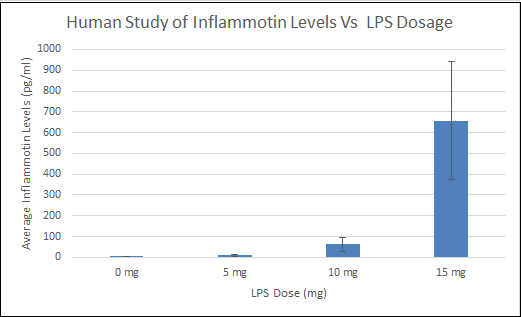 Data for the rat experiment: 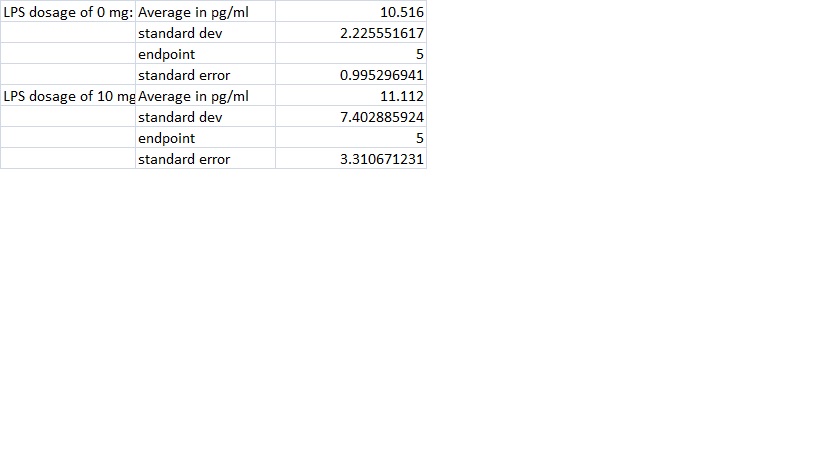 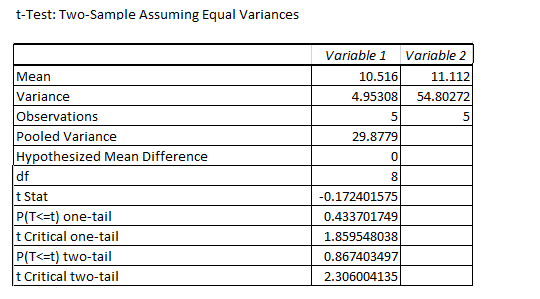 A t-test was implemented in the case of the rat subjects because dosages of 0 and 10 mg were tested. The t-test is used when an experiment consisting of only two sets of data is run. In this case, only two sets of data were yielded, so the t-test was the best option. The p-value determined by this test shows that there is not a statistical difference between each set of data. 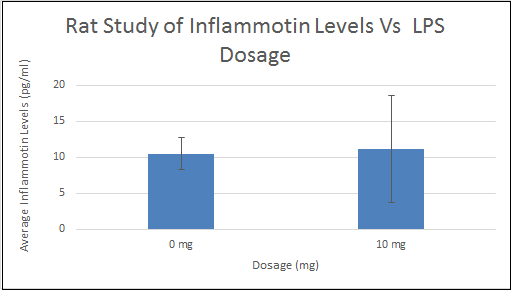 The data on the human study has shown that there is a statistical difference between each dosage given to each subject, further testing post-hoc anova tests on humans supports the evidence that the LPS is causing a significant effect on the patients inflammotin levels. The calculated p-value for the post-ANOVA test yielded that all values had to fall below .0083333 to be statistically significant. As shown above, all values did fall below the p-value. On the other hand the rats showed high deviations between each other. The p-value of which was .867 fell well below the acceptable .95, meaning that this data did not show a statistically significant difference between the rats inflammation levels between the dosages.