The Antibodypedia [1] is a web service intended to provide better data on the usability of anti-protein antibodies. It's currently limited to human proteins but expansion to other species is planned (see comments). The website provides standardised results for more than 1.400.000 antibodies against 19.300 genes covering 94% of the human genome [2]. The antibodies are scored using an algorithm that takes into account the amount of supportive data present for the antibody [3]. Submissions by researchers are encouraged and have to pass review. Pages are not editable but scientists can comment on individual antibodies.

Initiated by Mathias Uhlén, Erik Björling, and colleagues [4] from the Royal Institute of Technology in Stockholm in 2008 [5]. The database was kick-started with about 4000 polyclonal antibodies generated by the Human Protein Atlas but now contains submissions from numerous commercial antibody vendors. The database software was improved in subsequent versions according to researcher and provider comments: versions 2 & 3 in 2009, versions 4 & 5 in 2010 [6], version 6 (as part of a collaboration with Nature Publishing Group) in 2011, version 7 in 2012, and version 8 in 2013. The project is funded by the 6th and 7th European Framework Programme and the Knut and Alice Wallenberg Foundation, Sweden.

Part of the results returned by Antibodypedia when queried for HER2. 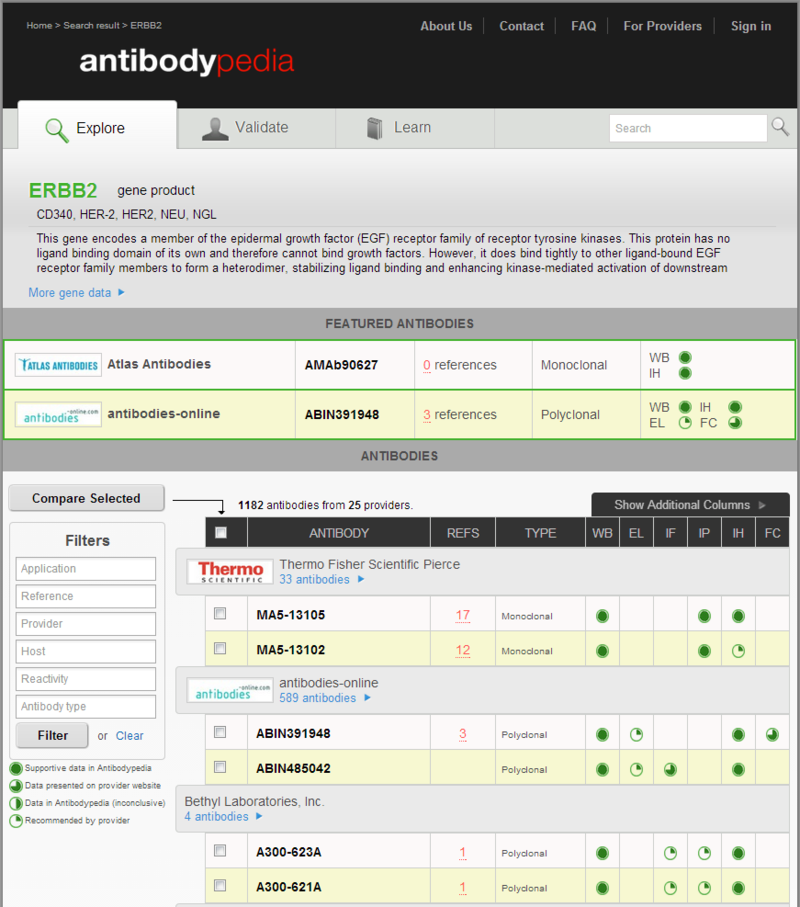 The results are displayed with the highest ranking antibody on top. The ranking is based on scores received for amount of supportive data in terms of images and citations [7].

Antibodies of interest can be selected and compared before proceeding to an antibody provider product page. 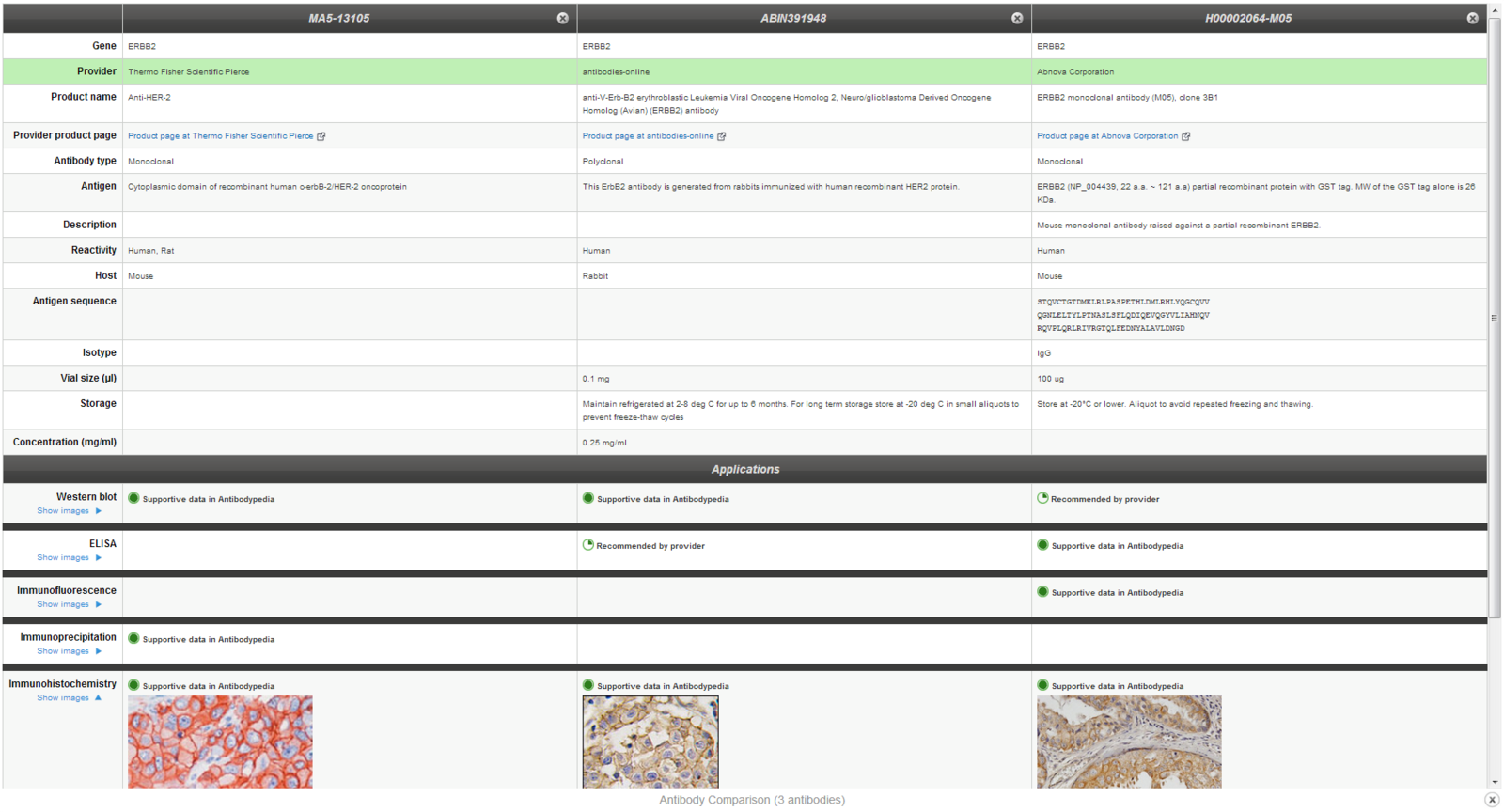 I asked whether the AntibodypediA will be extended to common model organisms like mouse, etc. This is the reply I received via email: "We are also planning to include mouse antibodies in Antibodypedia. We will begin working towards that during 2012. Already today we have antibodies reactive to both human and mouse. To find all antibodies stated to be reactive in mouse you can use the search [8]." --- JS 10:36, 20 October 2011 (EDT)