Instead of chemically synthesizing the siRNAs before introducing it in the cell, the siRNAs are made directly by the cells through an expression vector that is transiently transfected into a dividng cell. The shRNA transfer vector alone can be transiently introduced into the dividing cell where the shRNA is synthesized by cellular machinery. While transient transfection is advantageous for fast analysis of shRNA mediated effects, stable transfection ensures long-term, reproducible as well as defined shRNA effects.

For many disease models, the most desirable cell types such as immune system or primary cells are not amenable to transfection. Viral delivery of RNAi vectors is a powerful alternative to transfection for these cell types as well as for in vivo applications. Stable expression is achieved by integration of the gene of interest into the target cell's chromosome: Initially the shRNA of interest has to be introduced into the cell, subsequently into the nucleus, and finally it has to be integrated into chromosomal DNA.

Stable expression can be influenced by two factors: The transfection method used and the vector containing the shRNA of interest. The transfection method determines which cell type can be targeted for stable integration through antibiotic selection. While many lipofection reagents transfect DNA up to a certain amount into adherent cell lines, efficient delivery of DNA into difficult-to-transfect suspension cell lines or even primary cells is only possible with viral methods and nucleofection. Nucleofection is a non-viral method of introducing DNA molecules efficiently into the nucleus of dividing cells, therefore significantly increasing the chances of chromosomal integration of the transgene. The technology was pioneered by Amaxa

Although there is still some debate as to the effectiveness of this approach, a regular shRNA transfer vector may be able to integrate into the genome of the target cell by antibiotic selection alone. The process may occur randomly by the cell's machinery itself, possibly via DNA repair and recombination enzymes. If this phenomenon does occur, integration into inactive heterochromatin may result in little or no shRNA expression, whereas integration into active euchromatin may allow for shRNA expression. However, random integration could also lead to silencing of the shRNA cassette. Several strategies have been developed to overcome the negative position effects of random integration: Site-specific, homologous and transposon-mediated integration strategies are used but require the expression of integration enzymes or additional sequences on the plasmid.

Lentiviral particles are highly efficient at infection and stable integration of the shRNA into a cell system. To obtain the lentiviral particle, the transfer vector that contains the shRNA cassette is already flanked by LTRs and the Psi-sequence of HIV. The LTRs are necessary to integrate the shRNA cassette into the genome of the target cell, just as the LTRs in HIV integrate the dsDNA copy of the virus into its host chromosome. The Psi-sequence acts as a signal sequence and is necessary for packaging RNA with the shRNA into pseudovirus particles. Viral proteins which make virus shells are provided in the packaging cell line (HEK 293T), but are not in context of the LTRs and Psi-sequences and so are not packaged into virions. Thus, virus particles are produced that are replication deficient. Lentiviral particles can infect both dividing and nondividing cells because their preintegration complex (virus “shell”) can get through the intact membrane of the nucleus of the target cell.

Cationic lipid transfection reagents are suitable for transfecting into a wide variety of dividing cell cultures. Commercial examples include: Lipofectamine / L2000, Dharmafect, iFect, and TransIT TKO. Cationic lipids work by forming lipsomal vesicles that house the siRNA payload and bleb their way through the living cell membrane and into the cytoplasm. The efficiency of this process must be determined in order to have confidence in the knockdown effects. There are numerous commercial sources for transfection reagents for good reason; there are numerous cell types and lipsome structure will influence transfection efficiency in the multitude of experimental cell types that exist.

NOTE: This protocol is recommended for a well from a 6 well tissue culture plate. Adjust cell and reagent amounts proportionately for wells or dishes of different sizes.

NOTE: Healthy and subconfluent cells are required for successful transfection experiments. It is recommended to ensure cell viability one day prior to transfection.

NOTE: Do not add antibiotics to the shRNA Plasmid Transfection Medium.

NOTE: Although highly efficient in a variety of cell lines, not all shRNA Plasmid Transfection Reagents may be suitable for use with all cell lines.

NOTE: Longer transfection times may be desirable depending on the cell line.

NOTE: Controls should always be included in shRNA experiments. Control shRNAs are available as 20 μg. Each encode a scrambled shRNA sequence that will not lead to the specific degradation of any known cellular mRNA.

NOTE: For Western blot analysis prepare cell lysate as follows: Wash cells once with PBS. Lyse cells in 300 μl 1x Electrophoresis Sample Buffer (sc-24945) by gently rocking the 6 well plate or by pipetting up and down. Sonicate the lysate on ice if necessary. 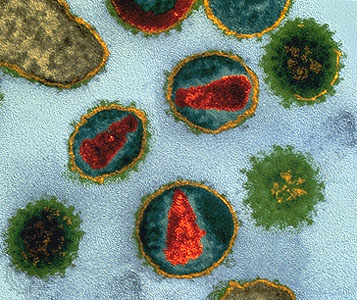 Vector titration typically involves PCR or flow cytometry depending on the presence of a fluorescent protein. For example, mouse NIH 3T3 or human HT1080 cells are infected for 4 hours with limiting dilutions of vector supernate in the presence of polybrene and analyzed for expression of fluorescent protein or detection of vector or packaging sequences by PCR. The titer represents the relative infectivity of the vector as measured on the target cell of choice and is expressed as Infectious Units (IU)/mL. Different target cells, or different infection protocols, may yield different results.

Vector supernate can be concentrated using ultrafiltration. Recoveries (65-90%) vary depending on the envelope used and stability of the viral particle. This technique does not separate empty from functional viral particles. Therefore, at very low titers, concentration may not always yield an improved titer due to the presence of inhibitory empty viral particles.

Human 293 cells are usually used for packaging, since they can be transfected with efficiencies in the range of 90-100%. If the cells do not transfect well in control experiments using a non-viral GFP vector, it may be worth discarding them and trying a different lot of cells. On occasion, cells can become refractive to transfection. Consequently, use low passage cells for all transfections. Although 293 cells are adherent, they can easily detach from the plate during pipetting, or even by jostling a plate that has reached confluency. For this reason, perform the transfection when the cells are approximately 30% confluent. After 36-48 hours, the cells should reach confluency and be producing the maximum amount of virus. If the cells are fed fresh media, several harvests of virus can be made after the cells reach confluency. One final note: if human cells are used for packaging a RNA hairpin that targets a human sequence, lower viral titers may be experienced if silencing of the targeted gene is detrimental to the cell or packaging process.

Multiplicity of infection (MOI) is the ratio of transfer vector transducing particles to cells. An MOI of 10 indicates that there are ten transducing units for every cell in the well. It is important to note that different cell types may require different MOIs for successful transduction and knockdown of the target gene. For instance, HEK293T cells are highly susceptible to lentiviral transduction (MOI of 5-20) while neuronal cells such as SHSY5Y often require higher MOIs of 10-50.

When transducing a lentiviral construct into a cell line for the first time, a range of volume or MOI should be tested.

Prepare mammalian cells growing exponentially and are no more than 70-80% confluent before transduction. Prepare a stock solution of hexadimethrine bromide at 2 mg/ml in water.

Note: The growth rates of cells vary greatly. Adjust the number of cells plated to accommodate a confluency of 70% upon transduction. Also account for the length of time the cells will be growing before downstream analysis when determining the plating density.

Remove medium from wells. To each well add 110 µl medium and hexadimethrine bromide (aka polybrene) to a final concentration of 8 µg/ml. Gently swirl the plate to mix.

Note: When transducing a lentiviral construct into a cell line for the first time, a range of volume or MOI should be tested.

Remove the medium containing lentiviral particles from wells. Add fresh medium to a volume of 120 µl to each well. Note: For cell types that do not strongly adhere to the plate, 100 µl of medium may be removed and replaced with 100 µl fresh medium.

Replace medium every 3-4 days until cells are to be assayed. Cells may be selected and each clone may be expanded to assay for expression of shRNA. A variety of phenotypic, enzymatic, or gene expression assays may be performed. The desired assay should be optimized prior to the high-content screen with both negative and positive controls.

Note: Due to the random integration of the lentivirus into the host genome, varying levels of shRNA expression may be seen with different colonies. Testing a number of colonies will allow the optimal degree of expression to be determined.

Due to its exceptional properties, copGFP is an excellent fluorescent marker that can be used instead of EGFP (the widely used Aequrea victoria GFP mutant) for monitoring delivery of lentiviral constructs into cells. The copGFP protein has a very bright fluorescence that exceeds the brightness of EGFP by approximately a third.

The copGFP protein emits green fluorescence with the following characteristics:

When assaying cells, DO NOT fix with methanol and mimize exposure to light. PFA/Formalin fixation works.

Concentration and purity of nucleic acids

No antibiotics in transfection medium

The presence of antibiotics can adversely affect the transfection efficiency and lead to increased toxicity levels in some cell types. It is recommended that these additives be initially excluded until optimized conditions are achieved, then these components can be added, and the cells can be monitored for any changes in the transfection results.

Some proteins when expressed at high levels can by cytotoxic; this effect can also be cell line specific.

It is very important to use healthy cells that are regularly passaged and in growth phase. The highest transfection efficiencies are achieved if cells are plated the day before. However, adequate time should be allowed to allow the cells to recover from the passaging (generally >12 hours). Plate cells at a consistent density to minimize experimental variation. If transfection efficiencies are low or reduction occurs over time, thawing a new batch of cells or using cells with a lower passage number may improve the results.