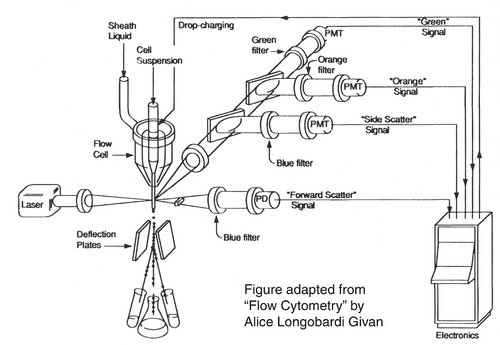 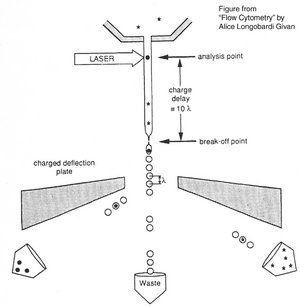 Carefully observe the TA as he runs the flow cytometry machine. Be sure to ask questions if you don't understand the purpose of any step. Ultimately, you want to compare the percentage of green-fluorescent cells in each sample.

Write a lab report describing the experiment you have performed. You should include information about building the Δ5 plasmid, an essential component created for your ultimate investigation, but you should focus your report on the recombination experiment you performed. Since you have gotten most of your Methods and Introduction out of the way, you should be able to focus on writing up and interpreting your results in the Results and Discussion sections. Then you will have the perspective to finish your Introduction and write up the abstract for your report. As you sit down to write, it might be wise to reread the information about lab reports that is included as supplementary material with the lab manual and here.