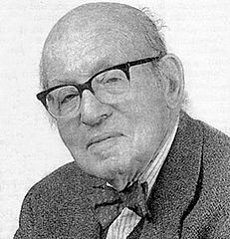 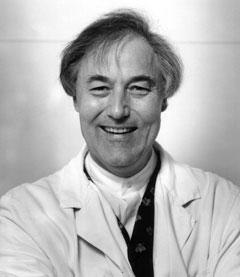 Nicholas Kurti was known as the “physicist in the kitchen”. His main science was physics and taught at Oxford University in the UK. Kurti’s favorite hobby was cooking. Kurti especially enjoyed pushing the limits of the culinary art with science. Herve This is a French physical chemist whose main research involves molecular gastronomy.[1][2]

Marie-Antoine Carême was one the first well respected culinary masters and recipe writers in France during the 1700s. She recognized important chemical and physical properties of foods when cooking. In the earlier ages of molecular gastronomy, around the 1700s, the coagulation of proteins, optimal heating rates, absorption of flavors, and other cooking techniques were observed and studied. Texture and flavor are directly affected by these different techniques. In modern times genetic engineering has become a means to manipulate the way food looks and tastes. Genetic engineering is tangentially related to molecular gastronomy in that both techniques manipulate food in to affect appearance and taste.

Genetic engineering was first introduced by Gregor Mendel in the 1900s. Mendel's experiments with crossbreeding pea plant is now iconic and a classic example of genetic engineering by crossbreeding. More advanced genetic engineering involves genetic manipulation in a lab setting rather than naturally by crossbreeding plants. A tobacco plant in Belgium was the first genetically modified food to have antibiotic resistance in 1983.[3] The first commercially available genetically modified organism was a tomato in 1994. In following year of 1995, a series of other genetically modified crops were created by the company Monsanto and were approved by the FDA for marketing. Early GMOs were mostly engineered to be insect resistant and virus resistant.[4] Today, GMOs are also engineered to be more aesthetically pleasing and tasty. 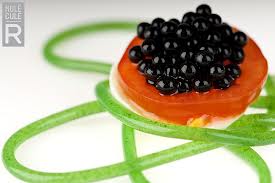 Reverse spherification is similar to basic spherification. A liquid food is frozen into spherical molds then placed into a sodium alginate bath and transferred to a calcium bath creating a gelatinous membrane about the frozen sphere. The membrane forms about the frozen sphere before it is able to melt. The result is a water balloon-like product that can be seasoned a variety of different ways and even colored with food coloring. [6]

Various shaped gelatinous containing pockets can be created using molds. Noodles, raviolis, and any other shapes can be created out of various soups or other liquid recipes using sodium alginate and calcium. Molecular gastronomy kits are sold for making various shaped gelatinous membranes about foods. Molds hold food into a specific shapes, such as a ravioli, and are placed in a sodium alginate bath, transferred to a calcium bath, and allowed to cure. The result is similar to a ravioli made of pasta however instead of pasta, a clear membrane forms composed of sodium alginate.

Esterification using soy lecithin is another molecular gastronomy technique. Soy lecithin can be added to any juice and rapidly mixed to produce a thick foam. Flavored foams can be used as a topping on deserts for example. Similar to sodium alginate, no heat is required for this process.

Other techniques include the use of dry ice, tapioca maltodextrin, and ascorbic acid. Dry ice can be placed recipes to spread the aroma of the food. Some alcoholic beverages have dry ice added for visual effects although this has proven dangerous due to the occurrence of accidental burns. Tapioca maltodextrin and salt are used to transform high-fat liquids into powders. For example olive oil, caramel, or even Nutella can be turned into a powder by this method but will melt back into oily substance if water comes in contact with the powder. Ascorbic acid is used in bakeries to prevent apples from oxidizing on pies and such. Ascorbic acid treatment is more of a preserving technique to protect the taste and appearance of food in molecular gastronomy. More simple examples of molecular gastronomy are alcoholic drinks which can be separated into colorful layers based on the density of various alcohols in a drink. [7][8][6]

Examples of foods made by molecular gastronomy techniques: 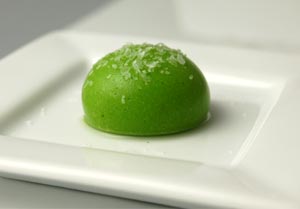 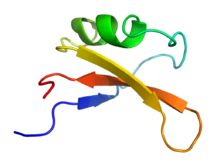 Brazzein is a protein that resides on the extracellular matrix of fruit cells and was first discovered in 1989 in West Africa. Benefits of brazzein include heat resistance, low caloric content, pH stability, solubility in water, and the similarity in profile to sucrose. [9][10]

Pentadiplandra brazzeana is a fruit that contains a protein, known as brazzein, that is common in many other fruits and is responsible for sweetness. Brazzein protein is 2,000 times sweeter than sucrose in comparison by weight and has no structural homology to sucrose. The pSUMO-brazzein vector was used from pentadiplandra brazzeana to produce brazzein in E. coli. SUMO fusion system allowed the production of brazzein in E. coli. Proper folding occurred allowing for solubility and protein endurance over a wide range of temperature and pH. The intention of producing Brazzein in E. Coli is so that it may eventually be purified and used as a sugar substitute. [1]

Curculin protein is found in Malaysia in the plant Lumbah (Curculigo latifolia). Curculin is similar to miraculin in that is causes sour foods to taste sweet however curculin is sweet alone unlike miraculin. In comparison to sugar, curculin is approximately 2,000 times sweeter on a weight basis. Curculin is not a good candidate for an alternative baking sweetener due to its degradation above 50°C. [10]

Mabinlin is a protein was discovered in the Mabinlang seed (Capparis masaikai) in China. On a weight basis Mabinlin is only 10 times sweeter than sucrose however mabinlin protein has many advantages such as high heat stability due to disulfide bridges and solubility. [10]

Miraculin is found in Miracle Fruit (Synsepalum dulcificum) in West Africa. Miraculin is not sweet alone but when exposed to sour foods that have a low pH, the glycoprotein will cause the sour foods to taste sweet. In acidic conditions miraculin undergoes a shape change activating sweet receptors. This effect does not occur in basic conditions with bitter foods. Miraculin is heat sensitive and pH sensitive. This makes miraculin a difficult protein to cook and bake with. [10]

Monellin is a sweet tasting protein first discovered in West Africa in the 1960s. The protein originates from the Serendipity Berry (Dioscoreophyllum cumminsii). Monellin is a relatively large molecule and is especially sensitive to chemical modification. At high pH levels monellin looses its sweetness however is able to retain sweetness at a pH level as low as 2. [11][10]

Thaumatin is a sweet tasting protein and was discovered in 1989 in Africa. Thaumatin is found in Katemfe Fruit. Benefits of thaumatin include stability in acidic conditions, heat stability, and solubility. Unlike sugar, thaumatin is approximately 2,000 times a sweet as sugar according to weight. The sweetness of this protein lasts much longer than sugar and tastes like licorice. [10][9]

Petadin is a sweet tasting protein derived from (Pentadiplandra brazzeana) found in Africa. Petadin is about 500 times the sweetness of sugar on a weight basis. [9][10]

Genetically Modified Organisms (GMOs) are becoming more common. Plants are genetically engineered to retain more nutrients, to produce brighter and more attractive pigments, to be more flavorful, to be seedless, to stay fresh longer, retain stiffness, grow larger, and to be “smart crops” in which they produce their own insecticides. Some crops that are genetically engineered include tomatoes, bananas, cotton, corn, and other fruits and vegetables. [12][13] teve Tansley, founder of Monsanto, provided an example of a tomato (Lycopersicon pimpinellifolium) which had been genetically engineered to retain more nutrients, have better shelf life, contain less toxins, and taste better. [13][14]

In 1985, Hibberd Case established the right to patent seeds, plants, and tissue culture. GMOs raise controversial questions such as who owns life? How can cross-pollination be prevented? Similar problems with patent problems to that of Monsanto have occurred with the Endless Summer Tomato. [13]

Harvard iGarden includes plants genetically engineered to have various flavors, to be void of certain allergens, and to have modified petal colors. Their aim was to create a BioBrick tool kit for the creation of a Harvard iGarden. The genetic modification of plants was accomplished via agrobacterium-mediated transformation.

Arabidopsis was used to find certain allergenic protein sequences common in strawberries, carrots, celery, lettuce, tomatoes, and certain herbs. Harvard worked on a hairpin that would target the knock out the allergenic protein sequence. Arabidopsis was Harvard’s choice of plant for genetic engineering since its genome is well known. Harvard genetically modified Arabidopsis to taste and smell like banana, orange, and mint.

The carotenoid metabolic pathway was targeted to create red and orange petals. Sequences in the metabolism that use these pigments as precursors were knocked down to allow pigment accumulation in the petal.(Part)

A BioBrick compatible strategy for genetic modification of plants. [17][18]