Difference between revisions of "CH391L/S13/Metabolic Engineering and Thermophiles"

Metabolic Engineering is changing and optimizing metabolic pathways in an organism to increase production of a chemical product. This can include the addition of enzymatic steps catalyzed from enzymes encoded by exogenous genes. With economically viable feedstocks metabolic engineering has become a relevant process by which companies can create sustainable chemicals and pharmaceuticals.

The U.S. Department of Energy (DOE) through the Bioenergy Technologies Office is heavily involved in research and funding of metabolic engineering projects for biofuels and bioproducts [8]. Their website is a good reference for the basics of the field [9]. 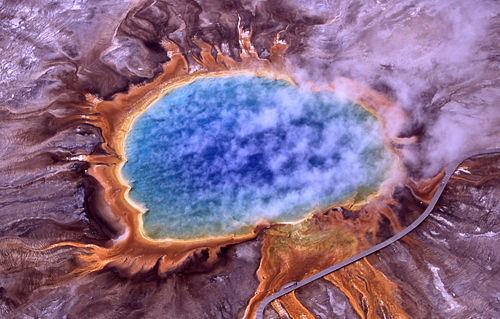 Use of thermophiles in metabolic Engineering

Thermophiles have distinct advantages and disadvantages in large scale production of biomolecules. Using thermophiles for enzymatic reactions are typically better than their mesophile counterparts because performing enzymatic reactions at high temperatures allows higher substrate concentrations, fewer risks of microbial contaminations, and often higher reaction rates. In addition, many hyperthermophiles use exotic metabolic pathways not seen in typical mesophiles, such as using sulfur instead of oxygen in cellular respiration[12]. The downsides to working with such organisms include: harder to culture, difficult genetic transformations, lack of selectable markers, different G/C content, smaller amount of studied "parts" to choose from, and a general smaller amount of knowledge about the organisms. The majority of research in metabollic engineering of thermophiles has been on cellulosic ethanol production. This involves the breakdown of Hemicellulose and Cellulose. 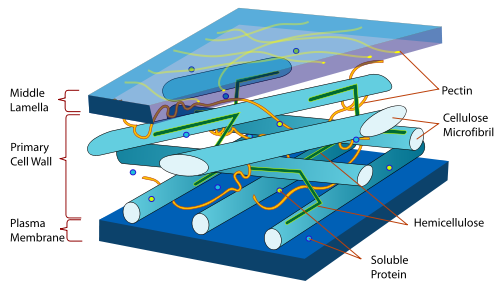 Examples of thermophiles in metabolic Engineering

Another BDO, 2,3-Butanediol, is also a potential fuel and a platform chemical. Organisms that natively produce the chemical are pathogenic and can only form the product with fermentations at 37°C. To transform the Bacillus licheniformis they had to use a protoplast fusion method. They were able to utilize xylose as a feedstock at 50°C to create 2,3-Butanediol. This will be helpful to utilize lignocellulose substrates as higher temperatures are helpful because of higher rates of degradation and fewer enzymes are need to be added [13].

In this paper the authors used Thermoanaerobacterium saccharolyticum and made knockouts in the genes for acetate kinase, phosphate acetyltransferase, and L-lactate dehydrogenase. Their strain was able to produce high yields of ethanol as the only measurable fermentation byproduct. Cellulase, an enzyme added exogenously for the breakdown of cellulose, was reduced 2.5 fold when compared to the process in Saccharomyces cerevisiae at 37°C to produce the same yields. The organism was transformed by selection on Erythromycin. They mention that these hemicellulolytic thermophilies along with cellulolytic thermophiles like Clostridium thermocellum can be used for the entire process of cellulosic ethanol production [14].

In this paper the authors discuss using hydrogen gas to reduce carbon dioxide directly into products as opposed to using organic feedstocks. They transformed Pyrococcus furiosus with five genes from Metallosphaera sedula of the carbon fixation cycle. With hydrogen gas and carbon dioxide they were able to produce 3-hydroxypropionic acid (a DOE top target chemical)[15].

Syngas is a mixture of CO and H2, projects are ongoing to use organisms that can convert these gases into larger carbon compounds [18].

Also, some team in texas metabollically engineered E. coli to grow on caffeine by introducing the N-demethylation pathway from Pseudomonas putida CBB5. (http://2012.igem.org/Team:Austin_Texas/Caffeinated_coli)