The Expand seems to have worked best. It has a strong band at 200bp

The band looks too long

Last night I picked colonies of each and grew them up in 6ml LB. iGEM10_007(piggybac) did not grow up because it was in the wrong color LB, but I repicked it at 11:30 and will test it later.

Self lysis in Varied Media:Results

No growth on any plates

The following three pcr's were run on 2K55:

Spun down all 5mLs of cells and 1uL of control cells (no ara). Resuspended in NEB2+MgCl2 buffer. Transferred control into a tube. Combined all 5mL resuspended cells into one tube, and then separated into 5 tubes.

Transform into TG1 cells. We mixed 11 tubes of TG1 cells together in a Falcon tube.

The assembly of this part is being put on pause until it is confirmed that the identical part iGEM10_131 is in fact incorrect. The plate with colonies is in the refrigerator. 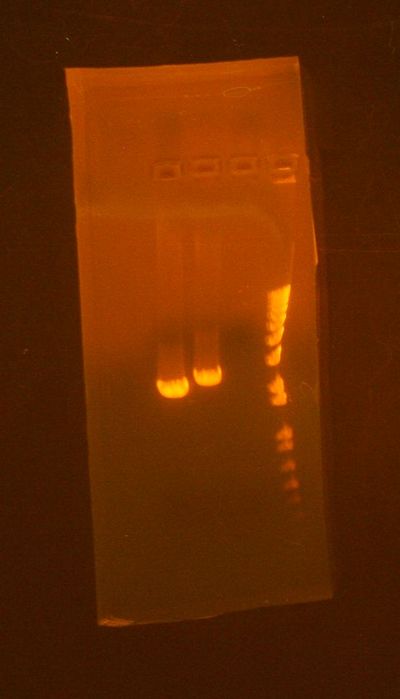 The bacterial growth was smaller than usual, so I eluted with only 25uL H20, in order to avoid having a small concentration of DNA. I miniprepped all 6 picked clones of iGEM10_103. 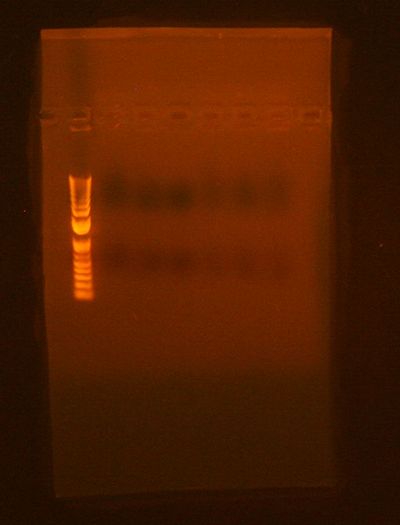 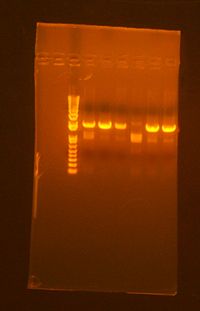 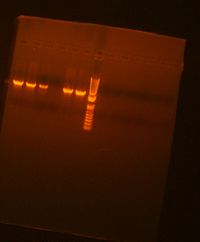 Results
Either a part is missing around the 3'TerminalRepeat, or the pcr is bad. I will repeat it tomorrow

Grew up MC1061 cells to feed choanos in ASW